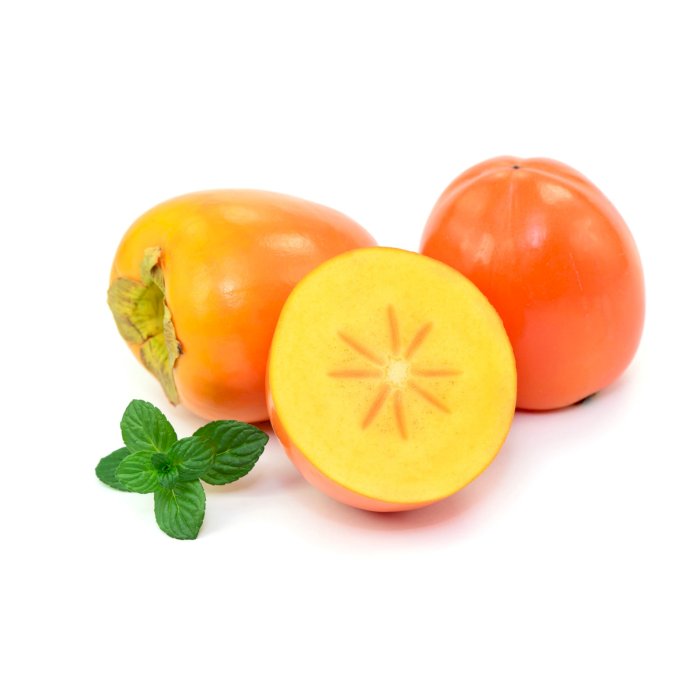 The Japanese persimmon (also known as palosanto or kaki) is the fruit of the Khaki tree, Diospyros Kaki (Japanese Kaki), belonging to the Ebanáceas family.

Persimmon is native to southeastern China, being the national fruit both in Japan and Korea, and its cultivation has reached countries such as Brazil, Vietnam, Taiwan, Lebanon, Iran, Israel, Italy, Spain, Portugal, the United States, North Africa, Corsica and southern France. But there are certain hypotheses that indicate that this fruit had a wild ancestor and that it grew from the northeast of India to Indochina. Currently there are 2,800 varieties still unknown, but they are nevertheless dynamic in the world market.

Its tree can grow up to 10 meters tall. Its leaves are oval and green, reddened when autumn arrives. The flowers of this fruit have a white or yellow color that tends towards the green, and the females are arranged in the shape of a bouquet for the males. Its weight may exceed 500 grams. It is orange-coloured and its skin is translucent when ripe. It contains up to eight seeds and remains attached to the tree after its leaves have fallen. It is a climateric fruit that continues to ripen after being harvested, but it is recommended that its harvest be done when it is almost at its high point of ripening. However, its natural maturation could take place calmly in the ambient air.

It has appeared in Chinese literature for 2,500 years. Genetics has revealed two main areas of cultivation, China and Japan, where in the latter it would have arrived later, near the eighth century BC. In the West, in 1616, this fruit appears thanks to the writings of Mattero Ricci, a Jesuit father. There is also another species that the Portuguese refer to as "Chinese fig", a very tasty and beautiful looking fruit. The Portuguese called it that only because they could eat it in a dry state, and it looked similar to a large, reddish peach without lint or core, otherwise it would have no resemblance. The biodiversity of its crops is important, there are more than 1000 varieties in Japan, but the National Germoplasm Repository only has 560. Breeding centres have two varieties: astringent (PCA) and non-astringent (PCNA).

This Asian fruit is traditionally grown on its territory, which extends from India to Japan, through China, Korea and Taiwan. 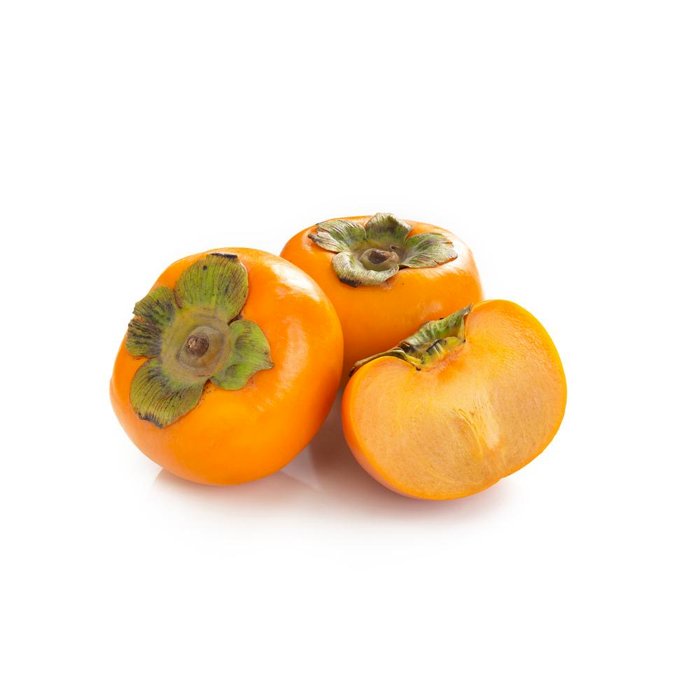