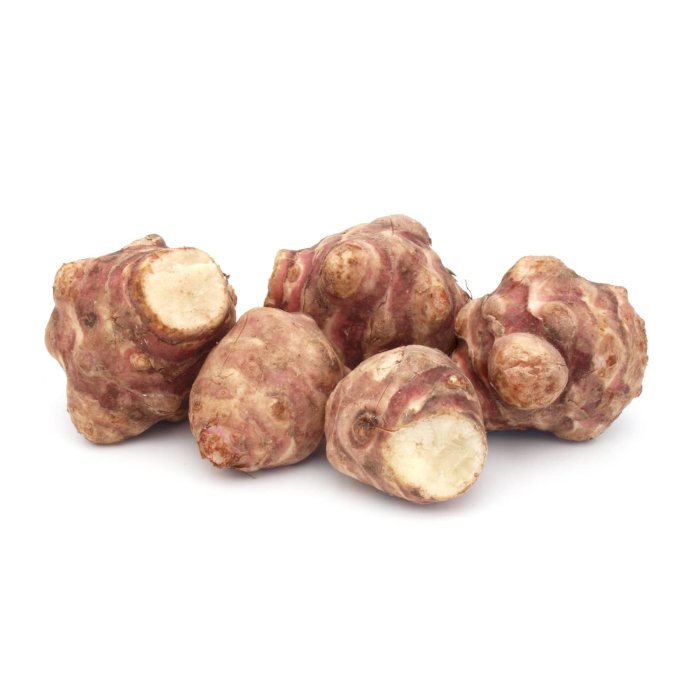 The Tupinambo bears the scientific name of Helianthus Tuberosus and belongs to the Asteraceae family whose species is of the same genus as the sunflower Helianthus Annuus. Also called Jerusalem Artichoke, sunroot, sunchoke, or earth apple.

Native to North America, it was cultivated by the Amerindian tribes long before the arrival of the Europeans. The French explorer Champlain discovered it in 1605 during his expeditions to Canada. He then reported that the indigenous populations had long cultivated it as fodder and as a vegetable. Because of its importance to the survival of local Amerindian populations, Tupinambo was then considered a symbol of peace, and symbolically offered to the gods in sacred ceremonies. Its spread in Europe has developed rapidly thanks to its easy cultivation and strong vegetative multiplication. It was at the end of the 18th century that this tuber was removed when Parmentier made the potato the queen of tubers.

In botany, the Helianthus Tuberosus is a perennial plant, deciduous, very rustic, resistant to cold, which can become invasive due to the proliferation of its tuberized rhizomes. It can reach up to three meters in height, with strong stems. Its leaves are alternate, toothed, ovoid, sharp-tipped and rough to the touch. Unlike the potato that destroyed it, its reserve substance is not a starch, but a carbohydrate, inulin, which is a fructose polymer.

The return in grace of the Jerusalem artichoke may be due to the fact that this carbohydrate does not influence the blood sugar levels of people with diabetes mellitus.

During World War II, it returned to the markets because, like its cousin the rutabaga, it was not requisitioned by the Germans as war damages. Today, tupinambo is still grown for fodder in Poitou, Limousin and Auvergne. However, it is in the Loire Valley that most of the harvest takes place. 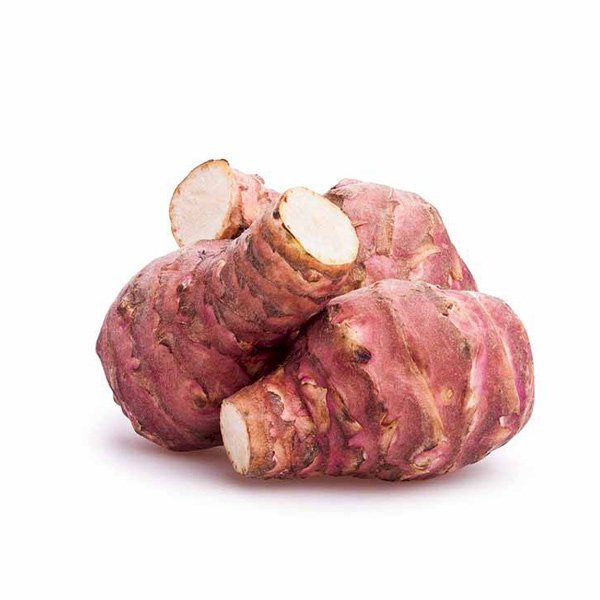 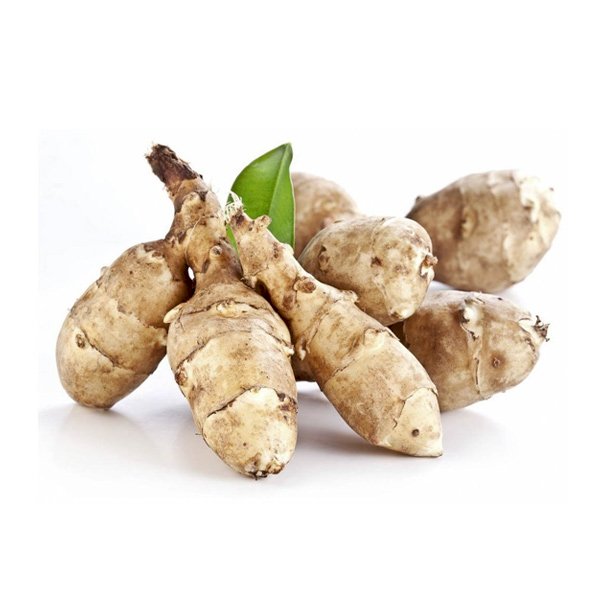 White
Whatsapp
Hello,
How can I help you ?
Start