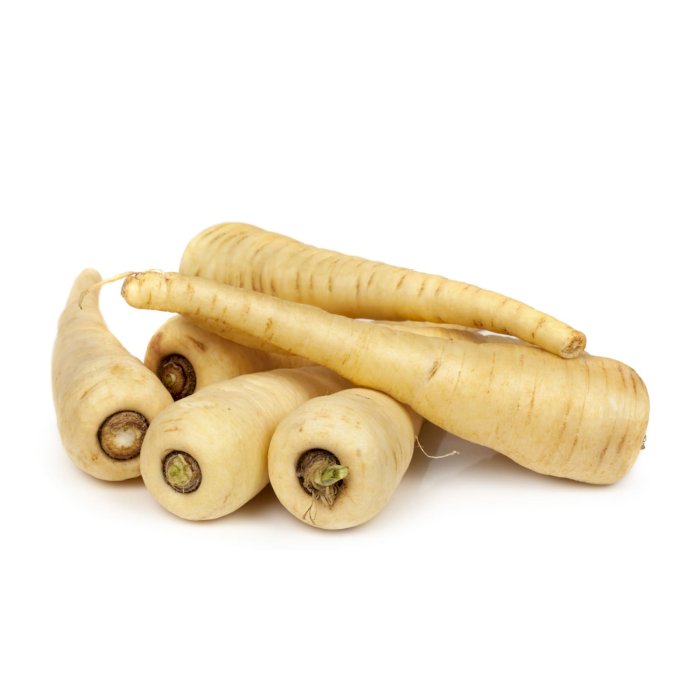 The parsnip or Pastinaca Sativa, is a fleshy root herbaceous plant that belongs to the Apiaceous family.

Native to Europe, wild parsnip, of which there are many forms, is spontaneous in the Caucasus and Siberia. However, some botanists believe that this vegetable is native to the eastern Mediterranean. It was naturalized in all temperate regions of the world, especially in North America, where it was introduced in the 17th century. In the Middle Ages, it was one of the hundreds of plants that were grown in monasteries and are cited in the Capitular De Villis. Pliny the Elder testifies that several species of wild pastinaca were grown for medicinal use.

It is a biennial garden plant with a generous root usually long and conical. Its ivory-white root has a carrot-like shape and a slightly sweet, sometimes slightly spicy taste. It is a plain plant on calcareous soil, but can grow in the mountain up to 1,600 meters. It blooms in the summer of the second year. Pastinaca now belongs to the family of Apiaceae, that is, to the same family as parsley or carrot.

Like the turnip, which on the other hand presents with it a gustatory resemblance, it was once very cultivated as a vegetable and fodder plant. Indeed, parsnip has been an important fodder plant in the Atlantic regions, as in Brittany. It was, above all, for horses. A tenth of an acre was enough to feed a horse.

Dethroned by the potato, as well as its cousin the turnip, its cultivation was abandoned, except in the United Kingdom, in the Nordic countries and in North Africa. It has been present on continental tables since the end of the 20th century, when organic horticulturists reintroduced it into consumption, taking advantage of a new enthusiasm for old vegetables. It is, along with the Rutabaga, one of the few forgotten vegetables present fresh throughout the year in our market stalls.