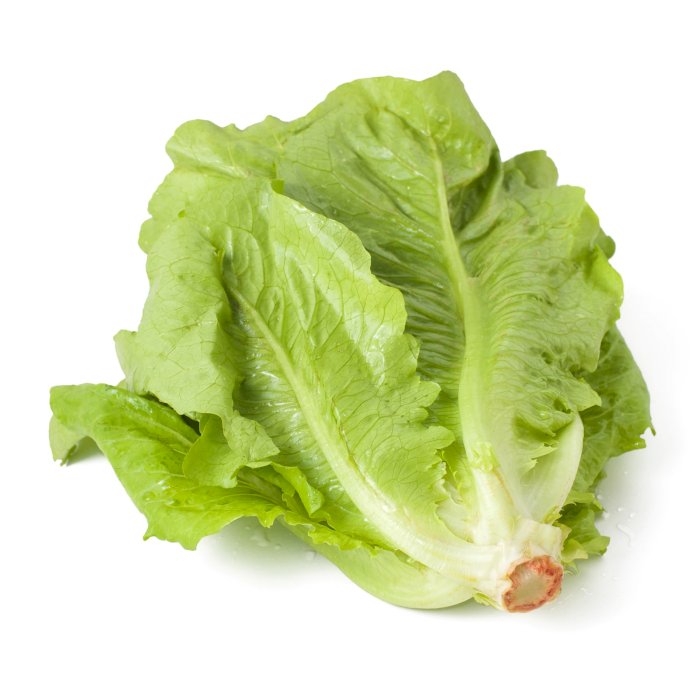 The romaine lettuce Lactuca Sativa Longifolia is a vegetable plant whose leaves are consumed more often raw in salad. It belongs to the family Asteraceae.

Roman lettuce comes from the wild species Lactuca Scariola, of Eurasian origin, which has been derived in a multitude of varieties depending on the regions where it has been cultivated for thousands of years. About 2,500 years before our era, the Egyptians cultivated it for its seeds and medicinal properties. They extracted an edible oil. The ancient Greeks would also have domesticated it. Christopher Columbus, on his second voyage, would have brought European seeds to Central America.

Lactuca Sativa Longifolia is a variety of lettuce that has a firm heart and a long head of robust leaves. Unlike most lettuces, it tolerates high heat. Its narrower and elongated leaves do not always form a very compact heart, but sometimes it is pomade, dwarf or large, red or green, sometimes spotted. There are even some varieties to cut. They usually show a strong central rib and are crispy. Although its common name suggests a southern origin, many of them resistant to heat, some Roman varieties are very rustic and can become acclimatized to the climate of northern France.

Lettuce contains phenolic compounds such as quercitin, caffeic acid and cumaric acid. It also contains carotenoids, such as beta-carotene, lutein, and xanthines. All of these compounds are antioxidants.

Global lettuce production is currently estimated at about 22 million tons. The main producing countries are China with a harvest of 10 million tons, the United States with 5 million tons, Spain with 1 million tons and Italy with 800,000 tons. France harvests around 500,000 tons in the English Channel, Seine and Marne, Rhône, Loiret, Maine and Loire, Vaucluse, Gard and Rhône.