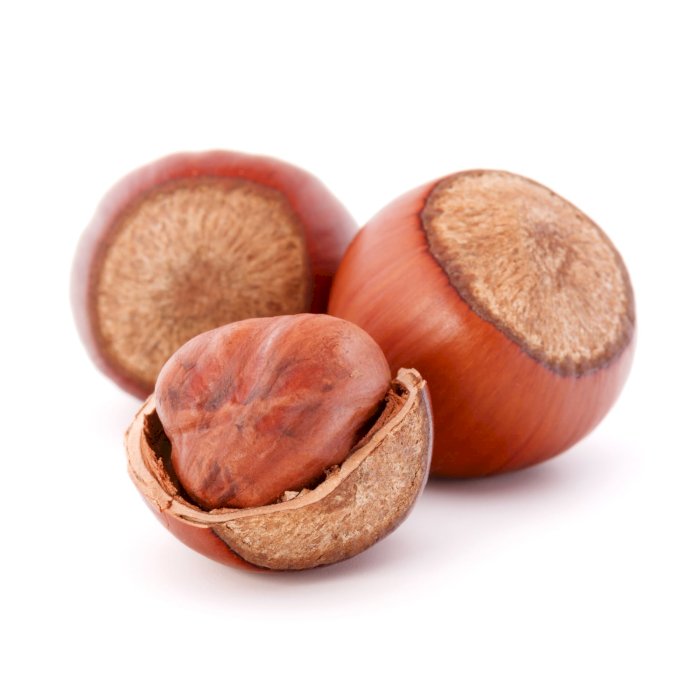 The hazelnut is the nut of the common hazel Corylus Avellana.

Hazel is a genus of trees and shrubs of the family Betulaceae in the temperate regions of the northern hemisphere. The term hazelnut designates both the fruit of the whole hazelnut, the woody shell, and the edible almond. Its name comes from the Latin nux abellana, dried fruit or nut of Avella, village in the Italian province of Avellino. It is native to Pontus in Asia Minor but it is believed that it was already consumed in Mesopotamia, in the Neolithic, because drawings and remains have been found in some caves. The Greeks took it to their country and from there it spread to other countries of the world.

For botany the common hazelnut is a shell fruit that corresponds to an achene surrounded by a woody pericarp. Hazelnut is a forest shrub, so its fruit can be considered a non-woody forest product, but grown outside forests. This tree is also of interest to truffle growers, as it can live in symbiosis with the Tuber Uncinatum truffle. Relatively rare in our stores, hazelnut is an exceptional fruit with a subtle, milky taste, while its texture is refined.

It is one of the oilseeds richest in oleic acid and omega 9. Hazelnut stands out from the nutritional point of view for its contribution of proteins, dietary fiber, potassium, vitamin E and other antioxidant polyphenols.

Turkey remains the main producer and exporter of these fruits, with an annual harvest of 680,000 tons, which corresponds to 56% of world production. Cultivated on the shores of the Black Sea, in the northeast of the country, they make it possible for about 2 million people to live in this country. Italy, with an annual production of 130,000 tons, Azerbaijan with 43,000 tons, the United States with 30,000 tons, China with 27,000 tons, Georgia with 25,000 tons, Iran with 16,000 tons, then Spain and France with 11,000 tons produced per year each.