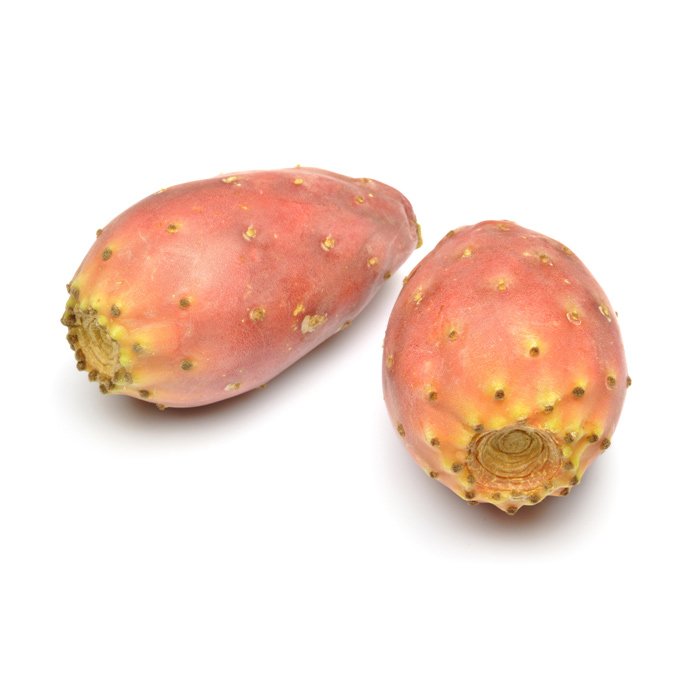 The Barbary Fig is a berry that grows in this invading cactus with the scientific name of Opuntia Ficus-Indica. It belongs to the great family of the Opuntias that groups the Cactaceae, the Cactus and that includes about 250 species. Its fruit is commonly known as Indian fig opuntia, Barbary fig, cactus pear, prickly pear, and spineless cactus.

Native to Central America, and more particularly Mexico, the fig tree is the best known representative of the Opuntia family. Imported into Europe since the 15th century, it has acclimated wonderfully on the Mediterranean coast. Its path takes it to Africa and Australia.

Beautiful yellow flowers appear in summer that then give way to large fleshy and edible fruits. These can take different forms, depending on their variety, but also on their period of formation: the first fruits of the season will often be rounded, while the latter will have a longer form. Similarly, its colour varies from red to orange, passing through violet or even white. In any case, once ripe, the Barbary Fig has a flexible skin and is bristled with small spikes. It is usually eaten natural and as a compote, and also serves to prepare juices, ice cream, jellies and jams.

The Opuntia Ficus-Indica is an emblematic cactus of Mexico, especially present on its flag. This large cactus also serves to make defensive hedges in some countries.