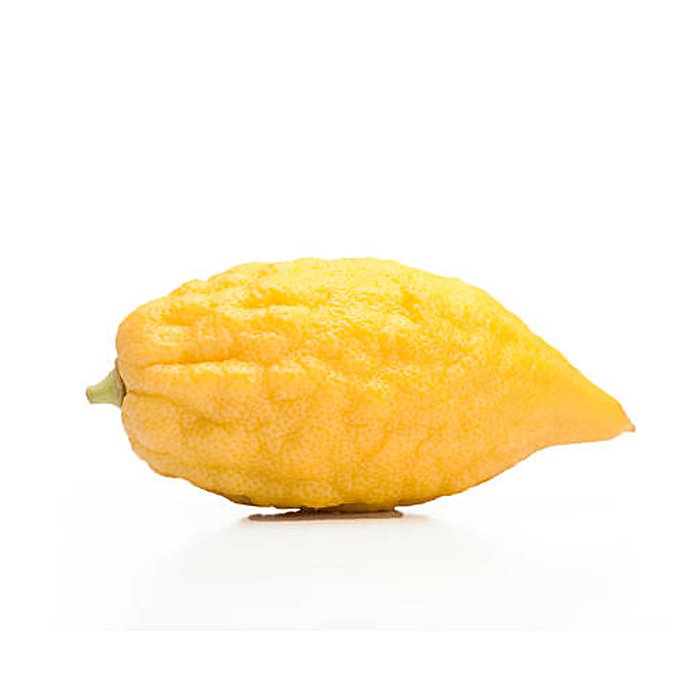 The citron is a citrus that grows in the shrub Citrus Medica a species of tree of the family Rutaceae.

The name of the fruit comes from the Italian Cedrato, which belongs to the Latin Citrus. Modern naturalists consider that this fruit would come from the Far East or North India, and would be the first citrus fruit to reach the countries of the Mediterranean basin through the Medes or the Persians in 300 BC from where the tree would take its name of Citrus Medica. Buddha's hand or Citrus Medica var Sarcodactilys, is an Asian variety of citrus.

Its fruit is oval and dented, sometimes warty, can be up to 20 cm long and weigh up to 4 kg. It is a slow growing fruit. The tree grows from plants from 2 to 4 years old, and gives its first fruits at 3 years old. Its skin is thick, fragrant and covered with bumps. Its pulp is white, green or yellow, not very juicy but the aroma of its peel is exceptional. It is rarely used fresh. It is mainly used in confectionery, bakery or even for decorative purposes. It can also be transformed into jam and liqueurs. The essence of citron is also worked in perfumery.

The Corsican Citron variety was strongly cultivated in Corsica in the late 19th century, protected from the wind by hedges to prevent the fruits from being scratched by the thorns of the branches. At that time, Cap Corse was the first (world) producer of this fruit.

The harvest is mainly intended for the candied fruit industry in Italy and northern Europe. But another part of it is always dedicated to the manufacture of the Cédratine, the Corsican liqueur. In our country, the harvest is always done in Corsica and Occitania, where there are still some orchards with very low production. However, citron is grown on a larger scale in Morocco, Algeria, Tunisia, China and the South American countries.