The fruit and vegetable lexicon 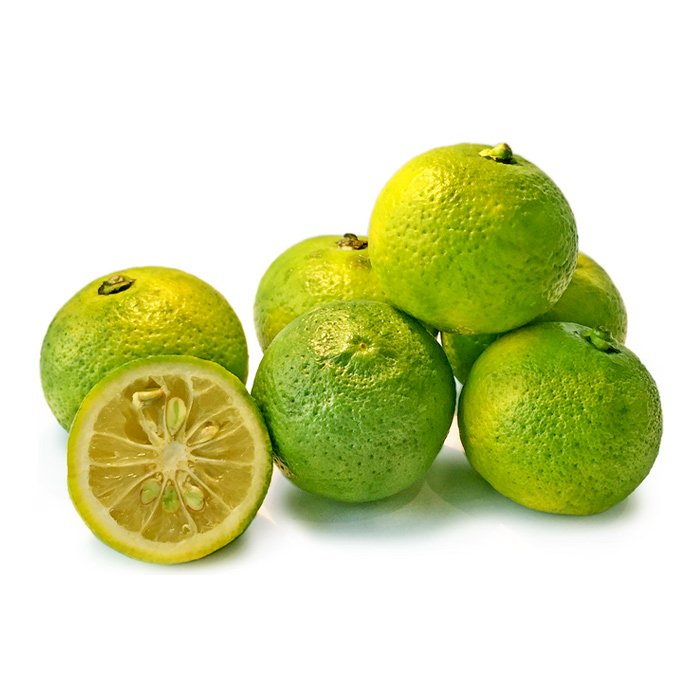 Kabosu is the Japanese name for citrus Citrus Sphaerocarpa.

Apparently this fruit became popular in Japan after being imported from China in the 18th century. The Kabosu is typical of the Japanese regions of Oita and Miyazaki. The word Kabosu designates both the plant and the fruit. It was classified as Citrus Sphaerocarpa Tanaka on the basis of Japanese work, but the University of California classified it as a subgenus under the name Citrus subgenus Papeda. It is also sometimes called improperly Nioidaidai which designates a bitter orange, the word coming from Nioi and kohahasu which designates a very perfumed acid juice. The word kabusu has long been used in Western languages, but since the Shizuoka Faculty of Agriculture Bulletin in 1980 used the word kabosu, It was immediately taken up and adopted by all publications and at all scientific congresses. According to Oita province, kabosu was cultivated as a medicine in Taketa since a doctor brought the seed from Kyoto to the 18th century. There, they say there are still 200-year-old trees.

The tree is small, thorny, and its growth is slow. The fruit resembles a Yuzu, has a diameter of about 7 cm and weighs about 90 g. The harvest is mainly done in green from mid-August to October, period during which the zest contains a maximum of essential oil. But in Usuki there is a particular variety of Kabosu harvested later, that is, yellow when ripe, about November. Kabosu is one of the long-day green citrus fruits, like Green Yuzu, Naositchi, Hebesu, Limes and Shikuwasa. The juice, almost always preserved, is used directly as a condiment in grilled fish, sashimi, stew, mushrooms and in the preparation of Ponzu sauces. This juice also aromatizes beers, soft drinks, and cocktails.

The fruit is harvested green in summer for its acid juice. It is a citrus of long days, that is, a species of the genus Citrus harvested during the long days of warm temperate climates, the period between the spring equinox and the autumn equinox.

Japan’s annual production is estimated at 7,000 tons, mostly processed into juice. Outside Japan, production is confidential, even in Brazil where the fruit exists, but it is reported to be extremely rare. However, the fresh fruit possesses an exceptional aromatic power and its abundant juice is of a particular acidity. The cultivation of this subtle fruit deserves to be developed outside Japan.