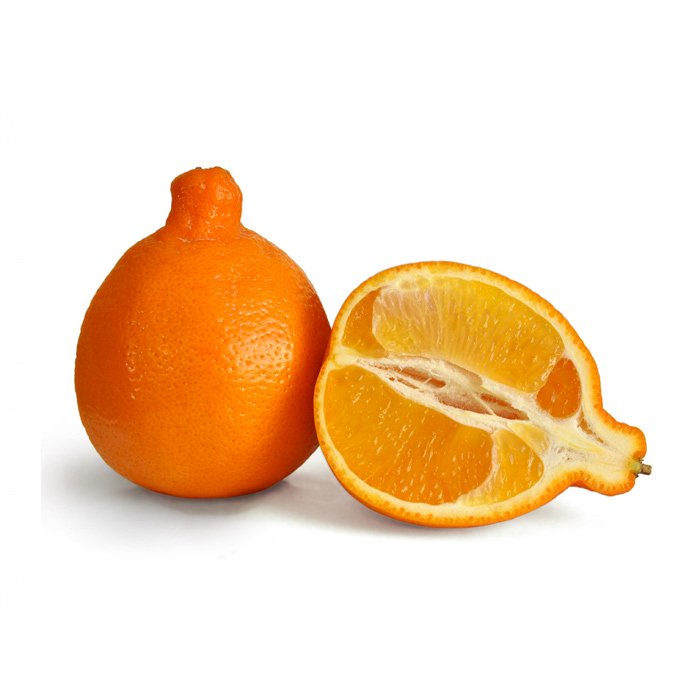 The Tangerine Orange, of scientific name Citrus Tangerina, is a citrus whose fruit is very similar to that of the common mandarin. It belongs to the Rutaceae family.

Tangerine is native to Southeast Asia. Its name comes from the city of Tangier, a Moroccan port from which it was generally exported. According to the authors, tangerine is a hybrid between mandarin Citrus Reticulata and bitter orange Citrus Aurantium. For other botanists, it is a separate species, the Citrus Tangerina Tanaka. Finally, for those who have not retained any of these origins, it is a mandarin cultivar called Citrus Reticulata Tangerina.

In our latitudes it is harvested from October to March. Its peel is orange red and its flavor is acidic. Tangerines grown in America as the Dancy Tangerine, in Cape Town as the Maartj, in India as the King of Bombay, are also varieties derived from the mandarin orange by hybridization with the bitter orange. This group, which bears the common name of Tangerina, may increase considerably in view of the many hybridizations currently practiced. It is also the origin of an important offspring. The Tangelo is in fact a cross between grapefruit and tangerine while the Nova and the Clemenvilla are the result of a hybridization between tangerine and clementine. In Jamaica many natural crosses of tangerine and orange have been discovered that have been called tangors. Two of these varieties are commonly imported in France between February and May, on the one side orange and rough peel Ortaniques, and on the other Temples that have a thick skin of dark red color.

A recent Canadian scientific study by the Robarts Institute has shown that the bioflavonoid contained in tangerine, nobiletin, plays a positive role in the prevention of diabetes and obesity. This substance would also have the property of protecting the integrity of neuronal cells, which constitutes a hope in the treatment of Parkinson’s and Alzheimer’s diseases.