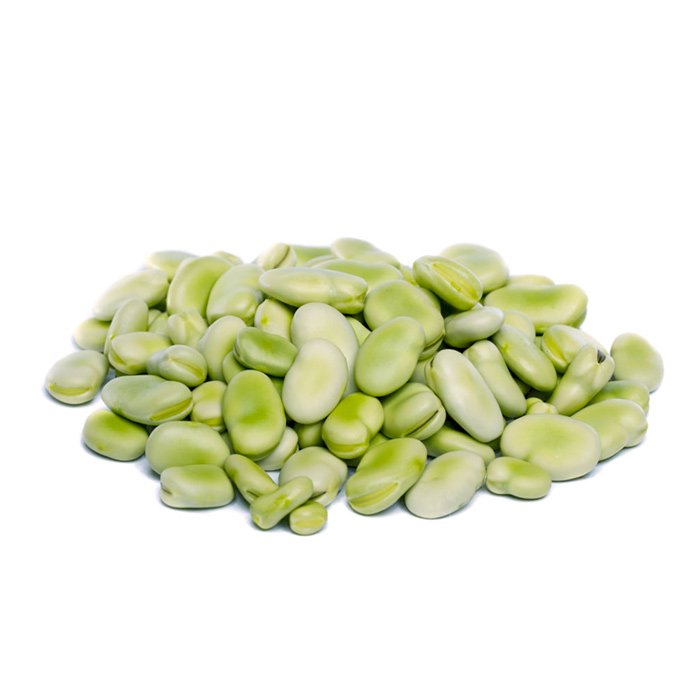 Broad Bean is a legume with the scientific name of Vicia Faba. It belongs to the families of Fabaceae and Papilionaceas. Also known in the culinary sense as the fava bean, or faba bean.

The broad bean no longer exists in the wild. The first archaeological remains of Vicia Faba found in Persia and Africa date from Egyptian High Antiquity. But apparently the Chinese grew it 5,000 years ago. It has long been admitted that Vicia Faba is descended from the species Vicia Narbonense and that it has spread over centuries throughout the Mediterranean. Another very recent hypothesis is that the bean left China to the West on a road that would later become the Silk Road. Appreciated by the Phoenicians, the broad bean was well known in Greece and represented the main food source for the warriors and, later, for the Roman gladiators. The discovery of the New World by Christopher Columbus resulted in an exchange of legumes. The broad bean was then introduced in Latin America while the bean was imported into Europe.

The plant Vicia Faba has a shape similar to that of the pea. The white flower with a central black macula is typical of papilionaceae. These flowers are arranged in small groups in the axils of the leaves and give rise to fruits that are pods of large size and that measure from 15 to 20 cm long by 2 cm thick. These pods are green, then browned when dried. Each pod contains 2 to 8 beans. The dried beans have the appearance of large flat seeds 2-3 cm long.

This legume fixes atmospheric nitrogen, so it does not depend on this element to grow, as it enriches the soil, therefore its cultivation should rotate with other non-leguminous species.

Although the Broad bean was in the past one of the most cultivated vegetables in the world, Vicia Faba has fallen into relative oblivion today. However, Russia remains the world’s largest producer, followed by Spain, Turkey, Ukraine, Mexico, Ethiopia and Serbia. France ranks 7th in European production, estimated at 50,000 tons.