The fig is the fruit of the fig tree Ficus Carica, which is a tree of the family Moraceae.

The common fig Ficus Carica is an emblem of the Mediterranean basin where it has been cultivated for thousands of years. Together with the vine and the olive tree, it takes part of the fruit trilogy of this region worldwide. The fig is considered today as the oldest domesticated fruit. Indeed, in 2006, nine parthenocarpic figs were discovered in the Jordan Valley, Palestine (cultivation of which required human intervention). Its dating shows that the cultivation of these figs dates back to 9,400 years before our era, that is, it was domesticated at the same time as rice in Asia, and a thousand years before wheat, barley and legumes. Very prolific, the fig was widely cultivated by the Egyptians, Hebrews and Persians. Greeks and Romans consumed fresh and dried figs. In the time of Pliny the Elder, twenty-nine different species were already listed. In France, it was not until the 14th century that fresh figs appeared in the capital’s markets. Under Louis XIV, seven hundred fig trees were planted by Jean de La Quintinie for the royal table.

The fig is not a fruit in the botanical sense of the term. It is in fact a fleshy receptacle, an infrutescence, which contains in its maturity a gathering of achenes dispersed in an edible pulp. Figs are classified into three main categories: green or white, black or violet, and grey or red. Locally there are numerous varieties such as the Algerian fig, the Sonia Wolf fig, the Argenteuil white fig, the Brunswick fig, the black fig, the Dottato fig and the Turkish fig. They can be eaten fresh or dried, and used in jam-making and are most flavorful at room temperature.

The fig is the forbidden fruit of the tree of knowledge in the Book of Genesis.

The world’s annual production of figs is now estimated at 1 million tons. The main producer countries are Turkey with an annual harvest of 170,000 tons, Egypt with 122,000 tons, Algeria with 120,000 tons, Morocco with 115,000 tons, Spain, Iran and Syria. French production of figs intended for fresh consumption represents 3,500 tons concentrated in south-east France, with a market still active in Solliès-Pont (Var). 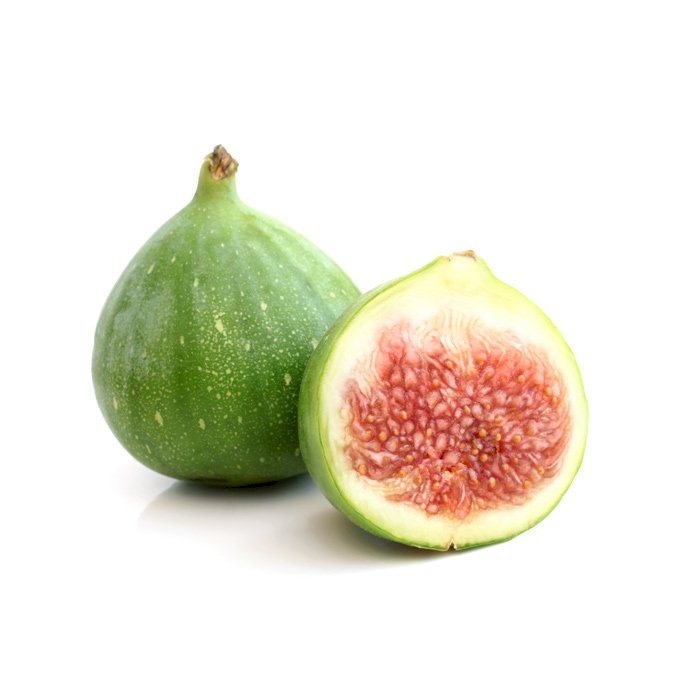