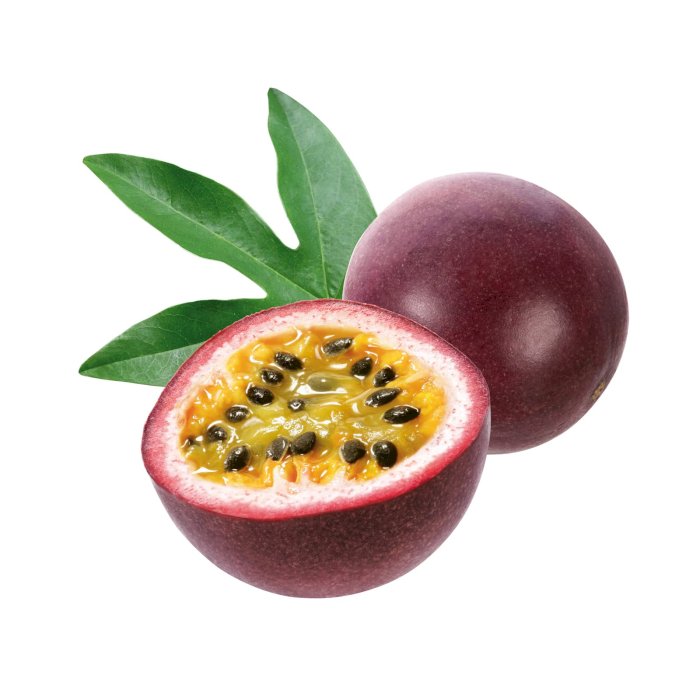 The passion fruit, or Granadilla Passiflora edulis (also known in other countries as Maracuyá), is the fruit of a climbing perennial vine based on wood, corresponding to the family Passifloraceae.

It is originally from Paraguay, northeast of Argentina and Brazil. Its name comes from the similarity between the various elements of its flower and those of the Passion of Christ (crown of thorns, nails on the cross, wounds and whip). The plant is cultivated to obtain its fruits of edible pulp (called maracujá, a folk word from the Tupi dialect, mara kuya).

It grows in a vine and takes the form of a large egg, weighing about 80 grams. Depending on your variety you can have it in these colors brown, yellow or orange. The term pasiflora first appeared in our language in 1808, it comes from the Latin passiflora, passio (passion) and flos (flower). But the term granadilla, which appeared previously in 1598, referred to its resemblance to that of the pomegranate, although these two fruits do not belong to the same botanical family nor have they appeared in the same continent of origin. Passiflora is a climbing plant, similar to the vine.

At the end of the 16th century, the Spaniards took notice of the medicinal uses that this fruit had thanks to the applications that the Indians of Mexico made of it, therefore taking the seeds with them to Europe.

Among the more than 450 species of passionflower, only a few are grown on a large scale for the production of this fruit. The most cultivated species is the Passiflora edulis, forming part of the production of all the tropical countries of the world. The lack of reliable statistical data makes it difficult to quantify the market for passion fruit in Europe, but by studying the volumes exported by the most representative countries of origin of this product, we can estimate that European imports vary between 5,000 and 7,000 tons per year. These data show the growth of the market for this fruit due to the diversity of varieties available. The main producing countries are: Australia, South Africa, Brazil, Fiji, Hawaii, Kenya, Peru, Colombia, Sri Lanka, Ivory Coast, India, Angola and the Caribbean.